Jodi Kantor and Megan Twohey may not be household names, but the impact they have had on relations between men and women in the workplace has dominated conversations for the past two years. On October 5th 2017, the two New York Times investigative reporters broke the story of Harvey Weinstein’s alleged sexual misconduct with dozens of Hollywood’s most elite actresses. Within days, more women were coming forward with their own stories of harassment and abuse and the #MeToo movement was born.

During the months leading up to publication, Kantor and Twohey had been holding confidential discussions with top actresses and former Weinstein employees, learning of disturbing, long-buried allegations. They meticulously picked their way through a web of decades-old secret payouts and nondisclosure agreements, facing down Weinstein and his team of high-priced lawyers and private investigators who were determined to thwart their investigation. Kantor and Twohey were finally able to convince some of the most famous women in the world to go on the record, and a dramatic showdown between Weinstein and the New York Times was set in motion.

Nothing could have prepared these two reporters for what happened next. Women who had suffered in silence for decades at the hands of other men began coming forward, trusting that the world would understand their stories. Over the next year, hundreds of men from every walk of life and industry were outed for mistreating their colleagues. But what has changed in the two years since Kantor and Twohey’s original story was published? Has the work environment become a safer space for both women and men to speak up?

In October 2019 Kantor and Twohey came to London for the launch of our new series, “Intelligent Times” – a partnership between Intelligence Squared and The New York Times. In this exclusive event, they talked about their new book, She Said: Breaking the Sexual Harassment Story That Helped Ignite a Movement, which reveals the extraordinary story behind one of the most important newspaper investigations in recent years. In conversation with the BBC’s Carrie Gracie, they looked beyond the headlines to ask, has change gone too far – or not far enough?

They were joined on stage by three of the women who broke their long-buried silence over the Harvey Weinstein sexual abuse allegations: Rowena Chiu, Laura Madden and Zelda Perkins, who all worked for Weinstein in the 1990s. While many of the women who went on the record for Kantor and Twohey were Hollywood stars accustomed to being in the spotlight, these three accusers showed extraordinary courage in giving up their anonymity in order to pursue justice and try to change a system that many argue is still rigged in favour of sexual aggressors.

As part of our collaboration with The New York Times, take advantage of a special digital subscription offer. With investigative reporting and analysis from experts in the field, The New York Times uncovers the stories that impact the world.

Sign up to the In Her Words newsletter from The New York Times. 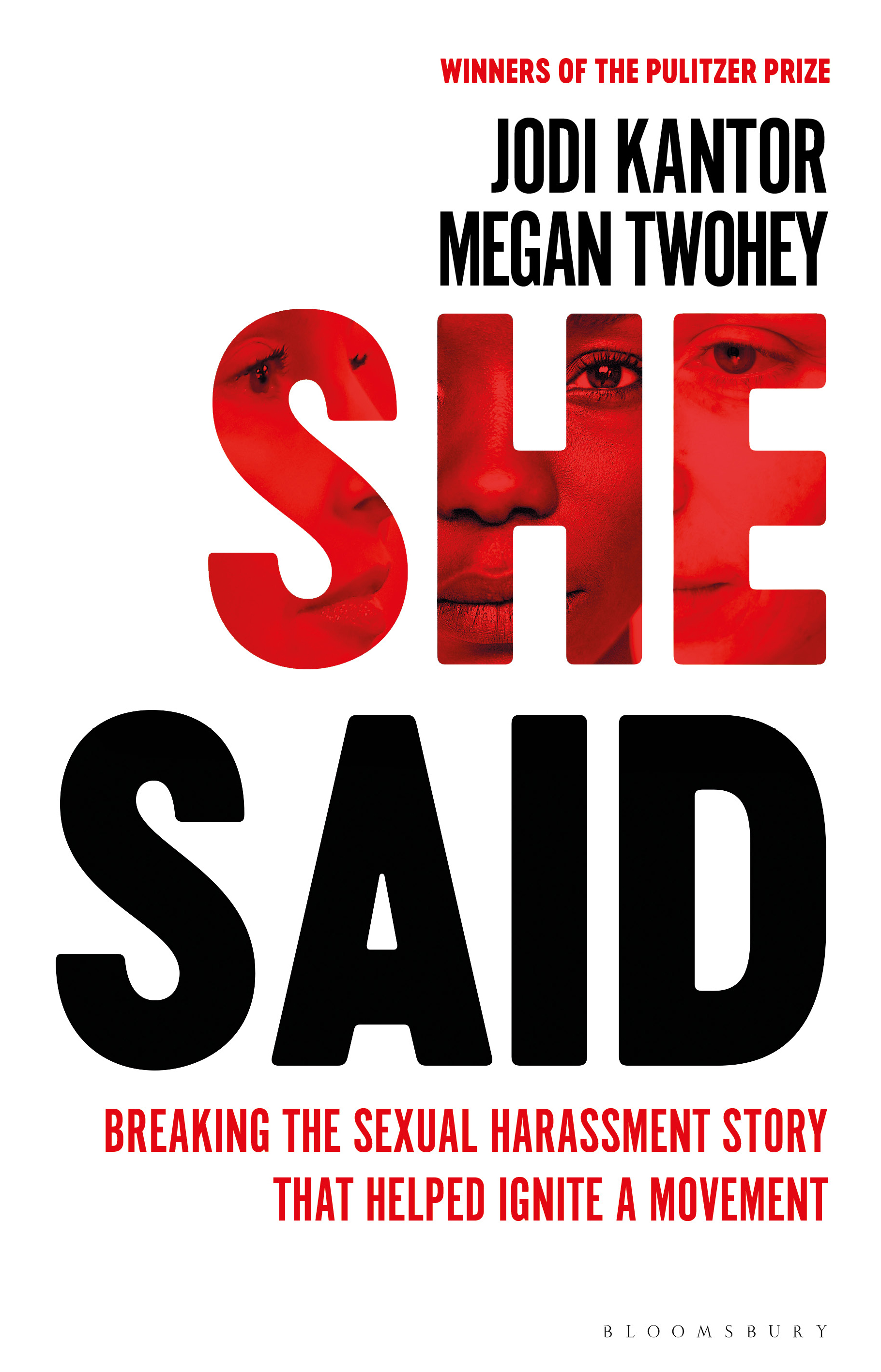 Prize-winning investigative reporter and bestselling author, whose work has revealed hidden truths about power, gender, technology, politics and culture. In October 2017, she and Megan Twohey broke the story of the sexual abuse allegations against Harvey Weinstein. Together with a team of colleagues who exposed harassment across industries, they were awarded the Pulitzer Prize for Public Service, US journalism’s highest award, and won other national prizes. For six years, Kantor wrote about Barack and Michelle Obama, delving into their personal lives and their approach to the White House, and covering the 2008 and 2012 presidential campaigns. Her bestselling book, The Obamas, was published in 2012.

Prize-winning investigative reporter for The New York Times, who has focused much of her attention on the treatment of women and children. During the 2016 presidential race, Twohey related the stories of women who accused Donald J. Trump of sexual misconduct. Her other investigations have led to legal protections for victims of rape, stalking, domestic violence and sex-abusing doctors.

Chiu worked as assistant to Harvey Weinstein in 1998. Since leaving the film industry, she has worked in the fields of management consulting (for Accenture in London, McKinsey & Company in Silicon Valley, and PricewaterhouseCoopers in Hong Kong) and international development (for the World Bank in Ethiopia, South Sudan and Washington D.C.). She lives in Silicon Valley with her husband and four young children.

Former production executive at Harvey Weinstein’s Miramax Films London. Having spent her early life in rural Ireland, Madden first encountered the film business on her doorstep and got her break as an extras wrangler on a Hollywood film. She then went on to work for Harvey Weinstein’s Miramax Films London for eight years as a production executive and was involved in films such as Emma, Welcome to Sarajevo and Mansfield Park. Now a qualified garden designer, she lives in Wales and is a mother to four teenagers.

Former assistant to Harvey Weinstein and a campaigner against non-disclosure agreements. She publicly broke the 20-year silence on her non-disclosure agreement (NDA), facing the risk of legal action to talk about what she faced. In 2018 and 2019 Perkins testified before parliament to push for changes in legislation and regulation around such settlement agreements. She is currently working with the Women and Equalities Committee and legal regulatory bodies to change the way NDAs are structured within the law.

BBC News Presenter and author of 'Equal: A Story of Women, Men and Money'

BBC News Presenter and the BBC’s first China Editor from 2014 until 2018. She resigned that post last year to protest unequal pay at the BBC and now works in the BBC newsroom. She is the author of Equal: A Story of Women, Men and Money.