Orhan Pamuk on the Psychology of Pandemics

This event will be pre-recorded in HD video and audiences will be invited to submit their questions in advance.*

Orhan Pamuk is one of the world’s best loved novelists. More than 13 million copies of his books have been sold worldwide and his work has been translated into 63 languages. In 2006, Pamuk was awarded the Nobel Prize in Literature, becoming Turkey’s first-ever Nobel laureate.

On September 23 he comes to Intelligence Squared to discuss the themes of his new novel The Nights of the Plague, which is set on a fictional Ottoman island during an outbreak of the bubonic plague in the early 1900s. The novel examines the psychology of living through a period of deadly disease and how we process complex emotions such as love, loss, gratitude and powerlessness during extraordinary times.

Book bundles include one ticket for the online debate, plus a copy of
Nights of Plague
by Orhan Pamuk with free UK P&P. Books will be posted within 1-2 weeks of the event finishing. Click here to purchase a book bundle. 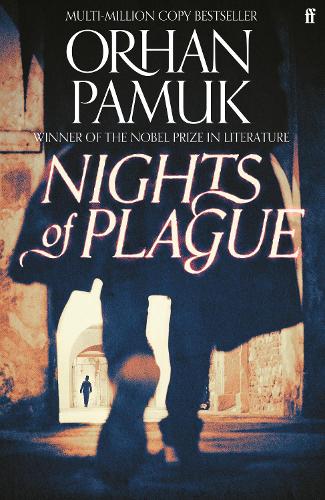 Orhan Pamuk on the Psychology of Pandemics

Novelist, screenwriter, academic and recipient of the 2006 Nobel Prize in Literature

Novelist, screenwriter, academic and recipient of the 2006 Nobel Prize in Literature. His work has sold over thirteen million books in sixty-three languages, making him the country's best-selling writer. His books include My Name is Red, The Museum of Innocence and most recently Nights of Plague, which will be published by Faber in September 2022.

Professor of English at the University of Oxford

Professor of English at the University of Oxford. She is the author of The Personality Brokers and a contributing writer at The New Yorker.