Race, Reproduction and the Dangers of Eugenics

The eugenics movement emerged in the late 19th century, promoting the theory that the human race could be improved by the selection of desirable heritable characteristics. The term was coined by Francis Galton in 1883 and the idea was initially embraced in Britain and the United States by philosophers, scientists and politicians who viewed it as a beacon of hope for a better, healthier and stronger society. But like so many before and after them, ideas of improving humanity also came with ideas about needing to rid society of those deemed ‘inferior’. And after just a few decades the adoption of eugenics led to the horrors of the holocaust and Nazi race science.

According to geneticist Adam Rutherford and novelist Dolen Perkins-Valdez it is important to understand the full history of eugenics and we must not be deceived into thinking that it started or ended with the Third Reich. The Nazis learned from eugenecists in the United States who were forcibly sterilising women, particularly Black women, whomthey deemed ‘unfit to procreate.’ In Canada there is a long history of forced sterilisations of First Nations women, occurring allegedly right up to 2018. And in China there are credible reports that up to 80% of Uyghur women detained in Xinjiang have been sterilised by surgery or IUD.

Add to this the emergence of new gene -editing technologies like CRISPR that can edit human genes in the embryo and it’s clear that we must reckon with ideas about genetic superiority and control of reproduction before it’s too late. Join us on May 31 when Rutherford and Perkins-Valdez will draw on the themes of their new books and discuss the dark history of eugenics.

Book bundles include one ticket for the online debate, plus a copy of Take My Hand by Dolen Perkins-Valez and Control: The Dark History and Troubling Present of Eugenics by Adam Rutherford  with free UK P&P. Books will be posted within 1-2 weeks of the event finishing. Click here to purchase a book bundle. 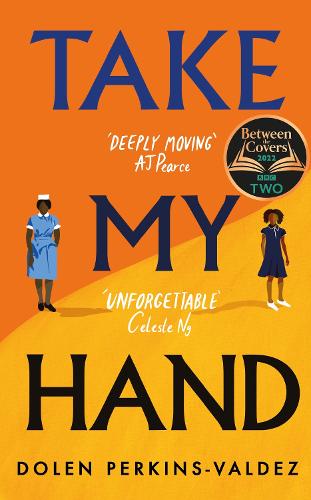 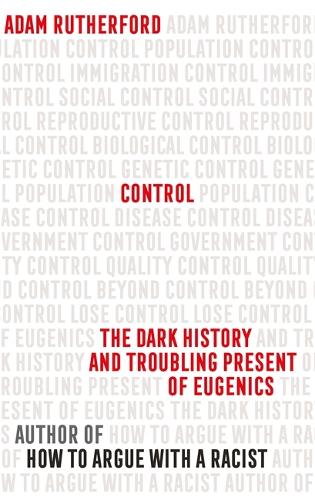 Race, Reproduction and the Dangers of Eugenics

Geneticist, science writer and broadcaster. His new book is Control: The Dark History and Troubling Present of Eugenics.

Geneticist, science writer and broadcaster for BBC Radio 4’s weekly programme Inside Science. He is the author of How to Argue with a Racist and his new book is Control: The Dark History and Troubling Present of Eugenics.

American writer, her new book is Take My Hand

American writer, best known for her debut novel Wench: A Novel, which became a bestseller. She is Chair of the Board of the PEN/Faulkner Foundation Board of Directors and her new book is Take My Hand, a story about forced sterilisation of black women in 1970's America.