Bach vs Beethoven: The Battle of the Great Composers, with Steven Isserlis and Norman Lebrecht

Johann Sebastian Bach and Ludwig van Beethoven are without doubt two of the most sublime musical geniuses who ever lived. But which of the two was the greater? To battle it out, Intelligence Squared is bringing to the stage two celebrated figures from the world of music: world-renowned cellist Steven Isserlis for Bach and acclaimed music critic Norman Lebrecht for Beethoven.

To lovers of Bach, he is the godfather of music. His use of counterpoint – the intertwining of two or more melodic lines – gives his compositions a layered, intricate quality. Although much of his music is religious it encompasses every great human emotion: despair and grief – perhaps informed by the death of his wife and ten of his twenty children in infancy – as well as love and hope. He produced over a thousand compositions, including the famous cello suites and the Matthew Passion. His music influenced not just every classical composer who came after him, but also most of the musical genres of the 20th century, including jazz, tango, soul and hip hop. Nina Simone said: ‘Bach made me dedicate my life to music’; the Beatles referenced him in songs such as ‘Yesterday’ and ‘All You Need Is Love’; and Lady Gaga’s ‘Bad Romance’ starts and ends with the Fugue in B minor from Bach’s Well-Tempered Clavier.

But for those who love raw emotion, drama and awe, it has to be Beethoven. While Bach brought together and perfected all the musical traditions of his day, Beethoven was the revolutionary who broke the rules, constantly creating something new.  Beethoven saw himself as an artist apart from other men. ‘There are and there will be thousands of princes,’ he once said. ‘There is only one Beethoven.’ He devoted his entire life to his art, living in squalor, never marrying, and progressively unable to hear his own music after he started to go deaf at the age of 28. It is almost impossible to imagine a world without Beethoven’s Moonlight Sonata, his Fifth Symphony or the Emperor Concerto. And Beethoven’s creative influence was immense: without him there could have been no Brahms, Wagner, Bruckner, Stravinsky, Schoenberg and the modernists.

To help you decide who should be hailed as the greater composer, Isserlis and Lebrecht will be illustrating their arguments with live cello and piano performance. Join us on April 26 2023 at Cadogan Hall for this unmissable event.

Advance praise for Norman Lebrecht’s Why Beethoven: A Phenomenon in One Hundred Pieces

‘An incredibly fascinating personal search for Beethoven’s personality, his legacies and relevance. Lots of details and facts were new to me; many of the chapters provoked me to think even further, beyond the music and philosophy of this titan.’ –Vasily Petrenko, Music Director of the Royal Philharmonic Orchestra

Praise for Steven Isserlis’ The Bach Cello Suites: A Companion

‘In his writing, as in his playing, Steven makes hard work seem effortless. He’s the master of the material, yet always able to make it accessible. In The Bach Cello Suites he explains often difficult technical detail with great joy and humour. For someone like me, who doesn’t know their gavotte from their elbow, it is an absolute treat to be led to this sublime music by such an enthusiastic expert.’ – Michael Palin

‘This is a very important book indeed. One of the best of its kind. Written by a real musician, who understands and loves Bach and his wonderful compositions.’  – Andras Schiff, pianist

‘The book I’ve always wanted: an accessible, eloquent guide to the world’s greatest – and maybe most elusive – pieces of music. And written by the man I’d want to tell me about it. This is such a delight’. –  Derren Brown

Pre order a copy of
Why Beethoven: A Phenomenon in 100 Pieces
by Norman Lebrecht by clicking the book jacket below 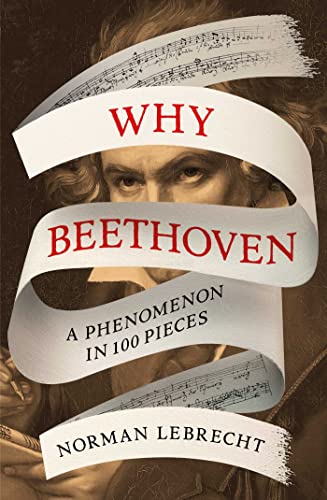 Purchase a copy of
The Bach Cello Suites: A Companion by Steven Isserlis by clicking the book jacket below 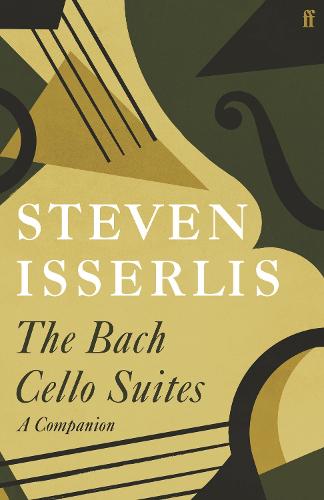 Bach vs Beethoven: The Battle of the Great Composers, with Steven Isserlis and Norman Lebrecht

Livestream access is included with Intelligence Squared+. Access to the livestream can also be purchased for just this event.

Speaker making the case for Bach

Speaker making the case for Beethoven

Speaker making the case for Bach

Acclaimed cellist, broadcaster and author of The Bach Cello Suites: A Companion

Acclaimed cellist, author and broadcaster, who enjoys a  multi-faceted career as soloist, chamber musician and educator. He appears regularly with the world’s leading orchestras, gives recitals every season in major musical centres, devises chamber music programmes, performs with many period-instrument ensembles, plays and writes for children, and works with many living composers. He has written two children’s books, and gives masterclasses worldwide. His latest book The Bach Cello Suites: A Companion will be published in paperback in March 2023.

Speaker making the case for Beethoven

Historian, critic, broadcaster and award-winning novelist, whose next book is Why Beethoven: A Phenomenon in One Hundred Pieces

Historian, cultural commentator, broadcaster and award-winning novelist. His 12 books about music have been translated into 17 languages. Among his bestselling titles are The Maestro Myth, Who Killed Classical Music? and Why Mahler? His first novel The Song of Names won a Whitbread (now Costa) Award in 2003. It was filmed in 2018-19 with Tim Roth and Clive Owen in the leading roles. In 2020 he published Genius and Anxiety: How Jews Changed the World, 1847-1947. Two collections of Lebrecht essays have been published in China, the first by any western cultural commentator. He writes a monthly column in The Critic and occasionally in The Spectator. His blog, Slipped Disc, is the world’s most popular cultural news site, drawing two million readers every month. He has lectured at cultural institutions and leading universities worldwide and is a guest professor at the Shanghai Conservatoire of Music. His forthcoming book Why Beethoven: A Phenomenon in One Hundred Pieces will be published in February 2023.

Journalist and presenter for BBC News

Journalist and presenter for BBC News. She regularly presents the One, Six, and Ten O’Clock News on BBC1, and also works on the rolling News Channel. She combines being a studio anchor with reporting from home and abroad.

Concert pianist who appears in recitals and concerto performances worldwide. She was The Times arts critics’ chosen nominee in the field of classical music for their 2021 Breakthrough Award, given by Sky Arts and The South Bank Show. Sir András Schiff has presented her in recitals in Zurich Tonhalle, 92Y in New York City, deSingel, Antwerp, and other venues across Europe. Committed equally to solo playing and chamber music, her musical partners have included Steven Isserlis, with whom she recorded four recitals at the Wigmore Hall during Covid-19 lockdown, Joshua Bell, Anthony Marwood, Midori, and members of the Endellion, Belcea, Orion and Artemis String Quartets. Some recent and future performance highlights include debut solo recitals at the Wigmore Hall and the Elbphilharmonie in Hamburg, concertos with BBC NOW, Britten Sinfonia, Lucerne Symphony Orchestra and Vienna Radio Symphony Orchestra, a tour with Orchestre Nationale d’île de France, recitals at Lincoln Center, Carnegie Hall, Philadelphia Chamber Music Society, the Phillips Collection and the Vancouver Recital Society.