Is COP26 a turning point for the planet?

Will COP26 will make any serious contribution in the fight against climate change? 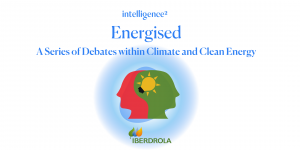 It’s make or break time for the planet. That’s the warning issued by the UN ahead of COP26 in Glasgow this November, when leaders and heads of state from all over the world will meet to agree on global action to fight climate change. The main goal will be for them to commit to reaching net-zero carbon emissions by the middle of the century with interim targets by 2030. If they don’t achieve this, many scientists warn, the effects of rising global temperatures – extreme weather, rising sea levels and warming oceans – may become irreversible. But what are the chances of success? Very little, if previous summits are anything to go by. Despite a COP having taken place every year since 1995 (with the exception of last year due to the pandemic), and all the buzz around the Kyoto Protocol of 2011 and the Paris Agreement of 2015, concentrations of greenhouse gas in the atmosphere have continued to rise steadily, even during the lockdowns of 2020. But this year there is an unprecedented urgency in the run up to the conference. Can the biggest emitters – China, the US, India, Russia and Japan – be persuaded to sign up to legally binding agreements on emissions? Will the voices of people from the Global South, where the effects of the climate crisis are already being felt, be heard? And is the UN’s top-down approach really the best way to tackle the most pressing existential threat facing the world today?

We were joined by ScottishPower CEO Keith Anderson and Professor of Energy Policy and Official Fellow in Economics Dieter Helm to debate whether COP26 will make any serious contribution in the fight against climate change.

Chief Executive Officer at ScottishPower, a subsidiary of Iberdrola

Chief Executive Officer at ScottishPower, a subsidiary of Iberdrola. Before his appointment as Chief Executive, he was CEO of ScottishPower Renewables and led Iberdrola’s international offshore business. He has worked with a number of major financial institutions including The Royal Bank of Scotland and Standard Life, as well as working as a management consultant with E&Y. He is an Honorary Fellow of the Energy Institute and a Visiting Professor of Strathclyde University.

Professor of Economic Policy at the University of Oxford and Fellow in Economics at New College, Oxford

Professor of Economic Policy at the University of Oxford and Fellow in Economics at New College, Oxford. He was Independent Chair of the Natural Capital Committee, providing advice to the government on the sustainable use of natural capital, until the end of the second term of the Committee in November 2020. He has written several books, most recently Net Zero, in which he addresses the action we all need to take to tackle the climate emergency.

Journalist who has been Editorial Director of BBC News and BBC Economics Editor. He has also held senior roles at The Telegraph Group, The Observer and The Guardian. He recently co-founded The News Movement, a start-up dedicated to tackling misinformation. He is the author of The Life and Times of a Very British Man.