The history of gambling’s impact on Britain stretches back nearly a thousand years when during the Third Crusade Richard the Lionheart issued a decree banning his soldiers from playing any game for money unless in the presence of officers, who could interrupt games before they spilled over into violence. Those who broke the rules were liable to be whipped naked through a military camp for three days.

In the intervening millennium, gambling has evolved beyond military camps and into a multi-billion pound industry of casinos and online betting sites. On Tuesday February 22, investigative journalist and Guardian correspondent Rob Davies comes to Intelligence Squared to discuss how Britain came to be one of the largest gambling markets in the world. Drawing on the themes of his new book Jackpot he will argue that from the mainstreaming of gambling advertising in the early 2000s to the high-tech microtargeting of online gamblers today, the industry has profited from preying on the most vulnerable in society and conquered the nation.

In conversation with writer and investigative journalist at the Athletic Joey D’Urso, he will uncover the inner workings of one of the most notorious industries in the country and explore what can be done for its countless victims.

Book bundles include one ticket for the online debate, plus a copy of Jackpot by Rob Davies with free UK P&P. Books will be posted within 1-2 weeks of the event finishing. Click here to purchase a book bundle. 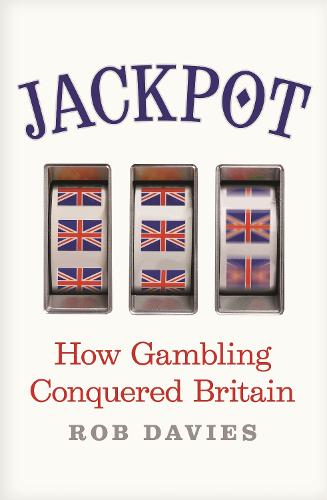 Investigative reporter for The Guardian

Investigative reporter for The Guardian focusing on the gambling industry and government policy. In 2019 he won a British Journalism Award for his groundbreaking investigation into predatory sports gambling in Britain which led to the resignation of Tracey Crouch as sports minister. His first book is Jackpot: How Gambling Conquered Britain.

Investigations writer for The Athletic UK

Investigations writer for The Athletic UK specialising in football's relationship with money, online gambling and cryptocurrency. He previously worked as a journalist for BBC News and BuzzFeed.