Robin Dunbar on How Religion Evolved

Robin Dunbar has been hailed as one of the most insightful and creative evolutionary thinkers of our time, famed for his work on human networks and communities (he came up with the Dunbar number, the idea that humans can have no more than 150 meaningful relationships). Now he turns his attention to religion and on July 11 he comes to Intelligence Squared to answer some of the most fundamental questions about human existence: Why is religion a fact of every human culture? When did humans develop spiritual thought? What is religion’s evolutionary purpose? And in our increasingly secular world, why has it endured?

Drawing on the themes of his new book How Religion Evolved, Dunbar will track the origins of religion back to what he terms the ‘mystical stance’ – an aspect of human psychology that predisposes us to believe in a transcendent world. And he will argue that our instinct for religion is not a peculiar quirk or aberration on our otherwise efficient evolutionary journey. Instead he will show how religion confers an advantage: not just to the individual in terms of health and wellbeing, but, more importantly, to society in general, fostering social bonding at a large scale.

Join us as Dunbar takes us on a tour of religious expression from Neolithic times up to today, exploring mysterious sects and lost faiths across multiple cultures, to discover the deep psychological basis for the quintessentially human impulse – to believe.

Praise for Robin Dunbar’s How Religion Evolved: And Why It Endures

‘Stimulating and hugely ambitious … A compelling intellectual workout. Dunbar offers a powerful central argument, an excellent survey of alternative theories and a wide range of vivid and illuminating examples … The story he tells is important to us all.’ ― The Observer

‘Dunbar’s intellectual interests are far-ranging, and he is as sure-footed talking about human cognition as congregation sizes … How Religion Evolved is learned, readable and sweeping (in the best sense of that word)’ ― The Financial Times

Book bundles include one ticket for the online debate, plus a copy of How Religion Evolved: And Why It Endures by Robin Dunbar  with free UK P&P. Books will be posted within 1-2 weeks of the event finishing. Click here to purchase a book bundle. 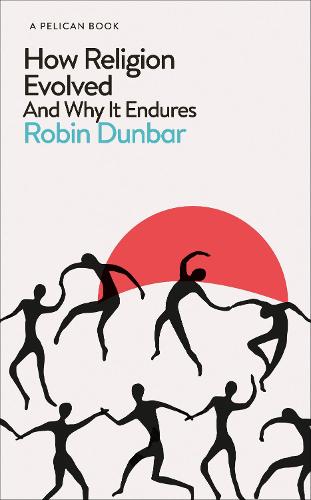 Robin Dunbar on How Religion Evolved

Acclaimed evolutionary psychologist and author of How Religion Evolved: And Why It Endures

Professor of Evolutionary Psychology at the University of Oxford. He is a Fellow of the British Academy and of the Royal Anthropological Institute, and an elected Foreign Member of the Finnish Academy of Science and Letters. He has been awarded the Osman Hill Medal and the Huxley Medal. His popular science books include How Many Friends Does One Person Need? and Human Evolution, and have been translated into a dozen languages. His latest book is How Religion Evolved: And Why It Endures.

Psychologist at King's College London and author of

Psychologist and lecturer at the Institute of Psychology, Psychiatry and Neuroscience at King's College London. His recent book, Science Fictions, and his Substack newsletter of the same name, cover all the ways that science can go wrong – and what we can do to fix it.